For my Bridesmaid Luncheon, I chose to get manicures and pedicures and then head to Afternoon Tea.

I told the Bridemaids to “save the date” for the afternoon of the day before the wedding. Then, about three days beforehand, I sent them an adorable invitation in the mail that I bought at All She Wrote. 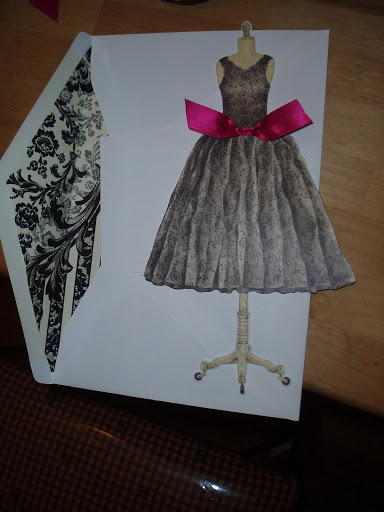 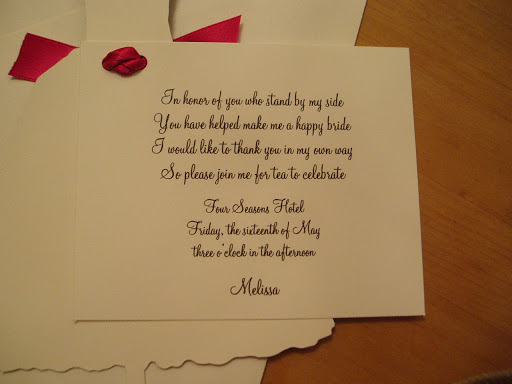 The day didn’t go exactly to plan. We wanted to get manicures and pedicures at Bliss but they were booked solid. Based on a recommendation, we booked at a local spa. When we arrived, they didn’t have our reservation. At the last minute, we ended up at a nail salon. They let us drink our two bottles of champagne so we were happy. I’m happy to say that my nails lasted until Monday!

After that hiccup, we headed for luxury. Specifically, the Seasons Lounge at the Four Seasons Hotel. After dessert, three staff members came to our table. Each carrying a little blue box, handed one to each of my maids. My bridesmaids were utterly surprised and really excited.

The girls were completely shocked when they realized that each gift was personalized. How did the staff know which gift to give to each girl? I came in earlier in the day and described each girl. The Four Seasons went above and beyond in their service for us. 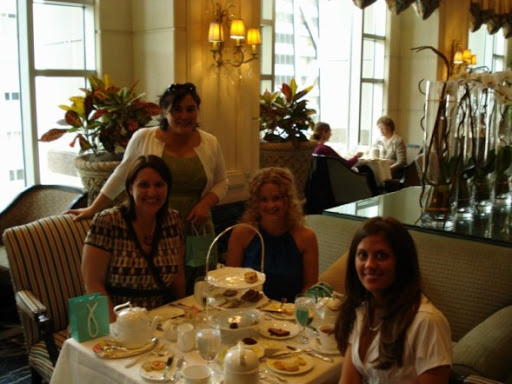 After that, we headed back to our hotel to get ready for the rehearsal!