I actually stepped in to help with Stephanie and Cameron’s wedding fairly late in the process, and we didn’t even meet until the week of the wedding! However, she was not only organized, but super sweet so it was very easy. Her parents were also very involved – it’s so nice to see a family who’s genuinely excited about the wedding.

All photos by Jeremy Lawson Photography.

Getting ready at the Belden Stratford Hotel. My favorite thing is when a bride is not stressed but having a glass of champagne with her girls!

Stephanie’s gift to her mother. I think it’s a lovely keepsake.

In the assembly line of pinning the groomsmen’s boutonnieres, Jeremy took this shot. Do you see my detailed timeline in the background? 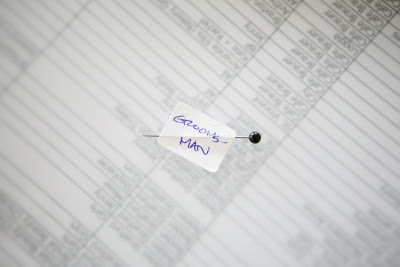 The ring bearers passing some time before the ceremony began. 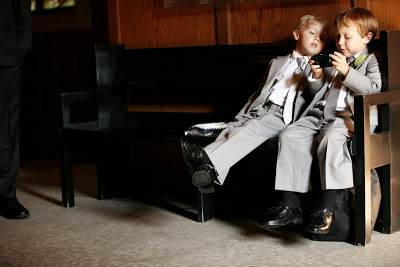 Both Stephanie and Cameron are DePaul alumni, so this church had special meaning for them. 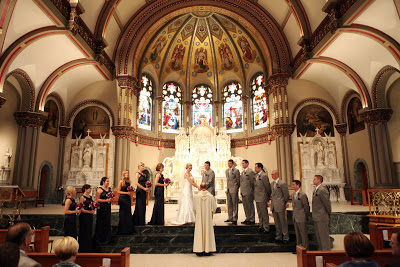 The bride and groom took a celebratory twirl in the back of the church.

In the next post, we’ll take a peek at their reception at a popular site, Cafe Brauer, in Chicago.

One thought on “Stephanie + Cameron – The Ceremony”